Artist Spotlight: Half the Animal

Singer Chase Johnson and drummer Nick Gross are lifelong friends from Laguna Beach, CA and make up "half" of Half the Animal. The two grew up surfing, skateboarding and making music together, then later were on the MTV hit series, Laguna Beach. Bassist Evan Smith and guitarist Alex Asch joined the two completing the band, which has just released a new EP, Shapes.

Congrats on your single “Babylon” from the Shapes EP, which is getting in-store play at retail across the U.S. Tell us the meaning behind the album title, and how it relates to the band and its music.

We’ve taken a lot of shapes as a band. We feel like during a lifetime, we all take on different shapes as life moves forward. We spent over a year crafting this debut EP for our band and have taken on many shapes and forms to get where we are creatively and musically. The title ‘Shapes’ is nothing but positive in our minds and we couldn’t be more excited to release it!

Singer Chase Johnson and drummer Nick Gross were featured characters on the MTV series, Laguna Beach. What was the reality TV world like and did it open doors to other opportunities?

At first not everyone in the band wanted to do the show because of the way it depicted our city and our friends that had been on previous seasons. So before we made the group decision to do it, we made an agreement to always stay out of the gossip, keep the energy totally focused on the band and the real life stuff we were going through at the time, and make it a positive experience. Having MTV cameras follow you around in high school while you play in a band was an experience of a lifetime for sure. It documented a real time in our lives. The band has always been so important to us, so to have that documented and shown to the world on one of the biggest platforms for music was a big deal for all of us and did amazing things for our careers.

You’ve experienced being on a major label and being on your own as an indie artist. What are the benefits and disadvantages of each, and which do you prefer?

When we were signed to a major we really didn’t appreciate what the system could do for us. We didn’t know a lot about publishing, songwriters, or the music business in general. We loved playing our music and that was about it. So I think we lost focus on being the captain of our own ship. Driving a project forward is so important as an artist, whether you're signed to a major or doing something independently. It’s so competitive. You have to find a way to stand out, and be more driven than anybody else. We had the drive back then, but lost focus with the TV show a bit and let some of that get to our heads because we were 17 years old and still in high school. Releasing this first EP independently forces you to find more creative ways to do things, which is inspiring. It allows us this brief bit of time to set things up the way we want creatively and visually which we love.

You worked with J Kash (Maroon 5, Kesha) and Ammo (Jason Derulo, Katy Perry) on your EP, Shapes. What did you take away from these accomplished songwriters?

We learned that the melodies are everything. Great songs are great songs. The songwriting is so crucial to making great records. Regardless of the production on these songs for our EP, it’s about the songs. We’re just stoked to have great songs that can be played acoustically or as a full band. We learned a lot about that writing with these guys.

What’s next for Half the Animal in 2017? More recording? Touring?

We’re focused on touring in 2017. Just getting out on the road and sharing our music and giving our energy to the world, and hopefully impacting some lives. We’re recording now for our next EP believe it or not. We like to be prepared and never like to stop the creative process. Never a dull moment in Half the Animal! Keep your eyes peeled for 2017 tour dates!

The typical social handles for sure! We are constantly posting exciting stuff to watch, so head over to @halftheanimal Instagram and Twitter! We also just finished shooting a mini content series called “Animal Life” that we’re premiering top of 2017. They are 5 minutes episodes documenting our journey up to this point. We directed, produced, and shot everything ourselves. It’s exciting material! Hope to see you all at a show soon!

Out & About with Mike Marrone

Way back in the 1980's I lived in Little Silver NJ and discovered one of the greatest radio stations I would ever promote had signed on a...

The Industry Mourns the Passing of Tom Starr

I was deeply saddened to learn of the passing last week of friend and colleague, Tom Starr, following a battle with cancer. I knew he was... 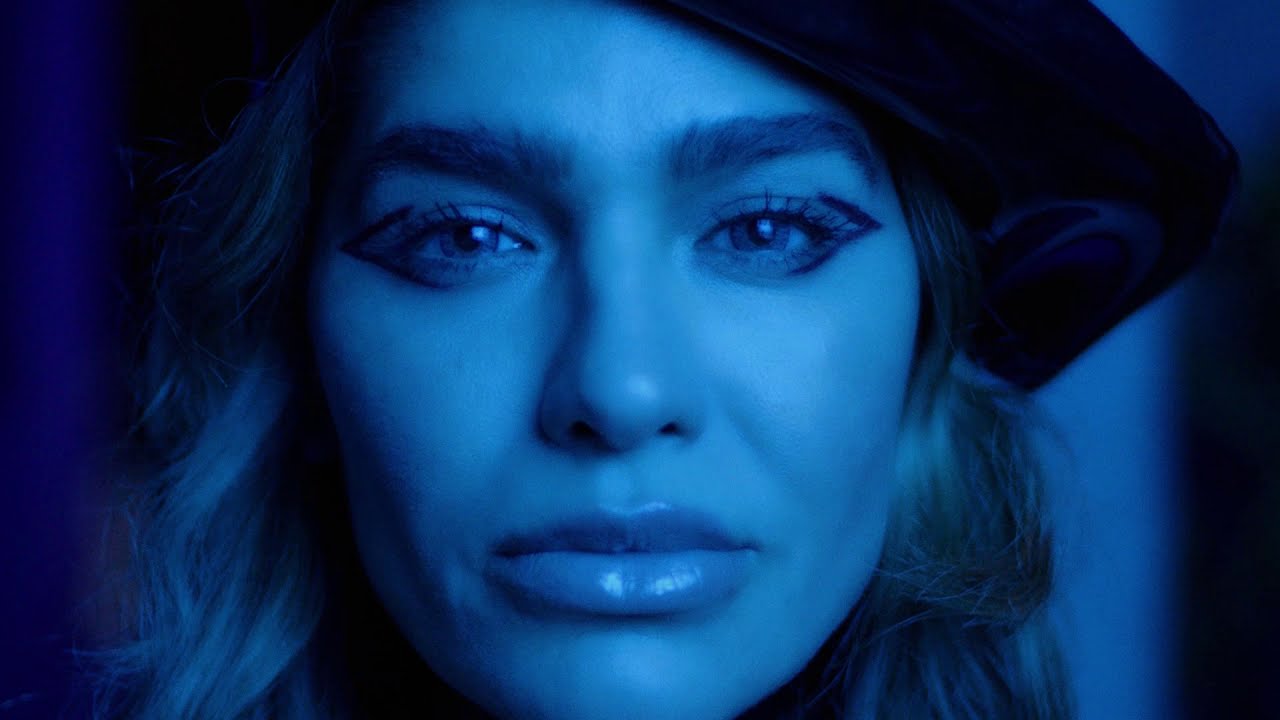 Lisa St. Lou "I've Seen The Light" "I've been singing the gospel song, "This Little Light of Mine" since I was a kid at my grandmother's ...

We just wanted send out a gentle reminder that while news reports of the Coronavirus remain serious, the retail outlets where What's In-S...
{"items":["60085c8a80d4950017056014","60085c3f1ffdb60017d7a3cb","60085c2442d8840017e87621","60085ba3c57afd00173cc4b1","60085b65b729bd001720670f"],"styles":{"galleryType":"Columns","groupSize":1,"showArrows":true,"cubeImages":true,"cubeType":"max","cubeRatio":1.7777777777777777,"isVertical":true,"gallerySize":30,"collageAmount":0,"collageDensity":0,"groupTypes":"1","oneRow":false,"imageMargin":23,"galleryMargin":0,"scatter":0,"rotatingScatter":"","chooseBestGroup":true,"smartCrop":false,"hasThumbnails":false,"enableScroll":true,"isGrid":true,"isSlider":false,"isColumns":false,"isSlideshow":false,"cropOnlyFill":false,"fixedColumns":0,"enableInfiniteScroll":true,"isRTL":false,"minItemSize":50,"rotatingGroupTypes":"","rotatingCropRatios":"","columnWidths":"","gallerySliderImageRatio":1.7777777777777777,"numberOfImagesPerRow":3,"numberOfImagesPerCol":1,"groupsPerStrip":0,"borderRadius":0,"boxShadow":0,"gridStyle":0,"mobilePanorama":false,"placeGroupsLtr":false,"viewMode":"preview","thumbnailSpacings":4,"galleryThumbnailsAlignment":"bottom","isMasonry":false,"isAutoSlideshow":false,"slideshowLoop":false,"autoSlideshowInterval":4,"bottomInfoHeight":0,"titlePlacement":"SHOW_BELOW","galleryTextAlign":"center","scrollSnap":false,"itemClick":"nothing","fullscreen":true,"videoPlay":"hover","scrollAnimation":"NO_EFFECT","slideAnimation":"SCROLL","scrollDirection":0,"scrollDuration":400,"overlayAnimation":"FADE_IN","arrowsPosition":0,"arrowsSize":23,"watermarkOpacity":40,"watermarkSize":40,"useWatermark":true,"watermarkDock":{"top":"auto","left":"auto","right":0,"bottom":0,"transform":"translate3d(0,0,0)"},"loadMoreAmount":"all","defaultShowInfoExpand":1,"allowLinkExpand":true,"expandInfoPosition":0,"allowFullscreenExpand":true,"fullscreenLoop":false,"galleryAlignExpand":"left","addToCartBorderWidth":1,"addToCartButtonText":"","slideshowInfoSize":200,"playButtonForAutoSlideShow":false,"allowSlideshowCounter":false,"hoveringBehaviour":"NEVER_SHOW","thumbnailSize":120,"magicLayoutSeed":1,"imageHoverAnimation":"NO_EFFECT","imagePlacementAnimation":"NO_EFFECT","calculateTextBoxWidthMode":"PERCENT","textBoxHeight":160,"textBoxWidth":200,"textBoxWidthPercent":50,"textImageSpace":10,"textBoxBorderRadius":0,"textBoxBorderWidth":0,"loadMoreButtonText":"","loadMoreButtonBorderWidth":1,"loadMoreButtonBorderRadius":0,"imageInfoType":"ATTACHED_BACKGROUND","itemBorderWidth":0,"itemBorderRadius":0,"itemEnableShadow":false,"itemShadowBlur":20,"itemShadowDirection":135,"itemShadowSize":10,"imageLoadingMode":"BLUR","expandAnimation":"NO_EFFECT","imageQuality":90,"usmToggle":false,"usm_a":0,"usm_r":0,"usm_t":0,"videoSound":false,"videoSpeed":"1","videoLoop":true,"jsonStyleParams":"","gallerySizeType":"px","gallerySizePx":292,"allowTitle":true,"allowContextMenu":true,"textsHorizontalPadding":-30,"itemBorderColor":{"themeName":"color_12","value":"rgba(153,153,153,0)"},"showVideoPlayButton":true,"galleryLayout":2,"calculateTextBoxHeightMode":"MANUAL","textsVerticalPadding":-15,"targetItemSize":292,"selectedLayout":"2|bottom|1|max|true|0|true","layoutsVersion":2,"selectedLayoutV2":2,"isSlideshowFont":true,"externalInfoHeight":160,"externalInfoWidth":0},"container":{"width":220,"galleryWidth":243,"galleryHeight":0,"scrollBase":0,"height":null}}