This week's spotlight artist, Caden Jester, showed an interest in creating music very early on. Years later, he's established himself as a talented writer, producer and musician in the EDM format. His single, "Vacant Love" featuring Blake Rose is getting played at retail across the U.S. and is on both our Currents and The Dance Environment charts.

You’ve been making music since you were 10-years-old. Did it come naturally to you as a child, and how has your music evolved since?

You know, I think I do have a natural inclination towards music and that’s where the initial spark came from, however my Dad is the main reason I was actually able to get into it. He had been a DJ and producer for many many years before me, and when I showed an interest in it, he introduced me to Garageband and the world of producing, so I owe a him a lot. When I first started, I was making stuff like what I heard on the radio, then I started delving into bass-heavy electronic music, and now I’ve sort of combined all of that to get to my current sound, which is basically an EDM-pop crossover.

Who are your musical influences and/or producers you admire?

My big influences when I started were T-Pain and Akon, and as far as producers go, RedOne was a huge one at the start. Then I discovered Basshunter, Skrillex, and Deadmau5, who introduced me to the electronic world. Now, I’ve combined all of that for my current sound which is basically an EDM-pop crossover. A lot of my upcoming music will have latin and dancehall influences as well. My current influences are Major Lazer, Cheat Codes, Disclosure, Calvin Harris, DJ Snake, and of course there are more but I could write an entire novel on who has influenced me. Some artists/producers I really admire include Daniel Caesar, Frank Ocean, Galimatias, Zayn, Maluma, Billie Eilish, and Disclosure.

Congrats on your single, “Vacant Love” feat. Blake Rose, which is currently getting played at retail across the country. How did you connect with Blake Rose?

Through my manager, actually. I had the instrumental sitting around forever waiting for the right vocalist. A few people tried some things on it but I wasn’t too happy with any of them. When I got in the studio with Blake, we listened to a bunch of instrumentals I had and we decided to work on that one. We spent a few hours writing the first verse and hook together, recorded a rough version of them, and a few weeks later he sent me the final vocals and we got the track finished.

Are there any upcoming collabs that you can share with us?

I have a track with Syon and WillX BOY coming out very soon. Syon is from Mexico and WillX BOY is from Kenya. It has very heavy latin and dancehall influences. The majority of the track is actually in Spanish, while WillX BOY’s verse is in English and Swahili. Most of my listeners on Spotify are from Mexico, so I think they will definitely enjoy this one.

I mean, an obvious venue is The Observatory if you want to see bigger artists perform. But if you want to experience local art, a good place to go to is Barrio Logan. There are tons of small venues and there are always farmers markets and flea markets and things like that around and you can really experience all the different cultures.

I do custom production, mixing, and mastering. If anyone reading this needs my services, don’t hesitate to email me at cadenjester@gmail.com. 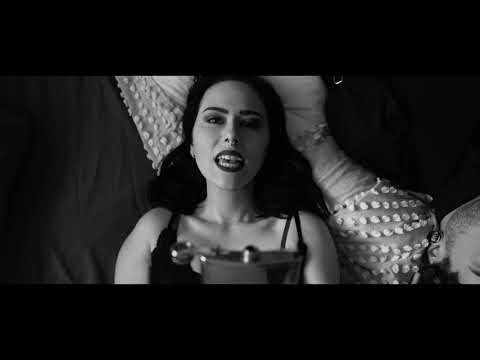